During CUDI 2017 there was a FIWARE Training and a Hackathon organised by SmartSDK.

The training consisted of a brief introduction to the FIWARE world. In specific for this part, we talked about what is FIWARE, FIWARE actors (Small and Medium Enterprises & entrepreneurs, developers, providers, stakeholders, etc.), its different modules such as the FIWARE platform, lab, ops, accelerate and mundus; the FIWARE philosophy, FIWARE success stories and its usage around the world in different smart cities. 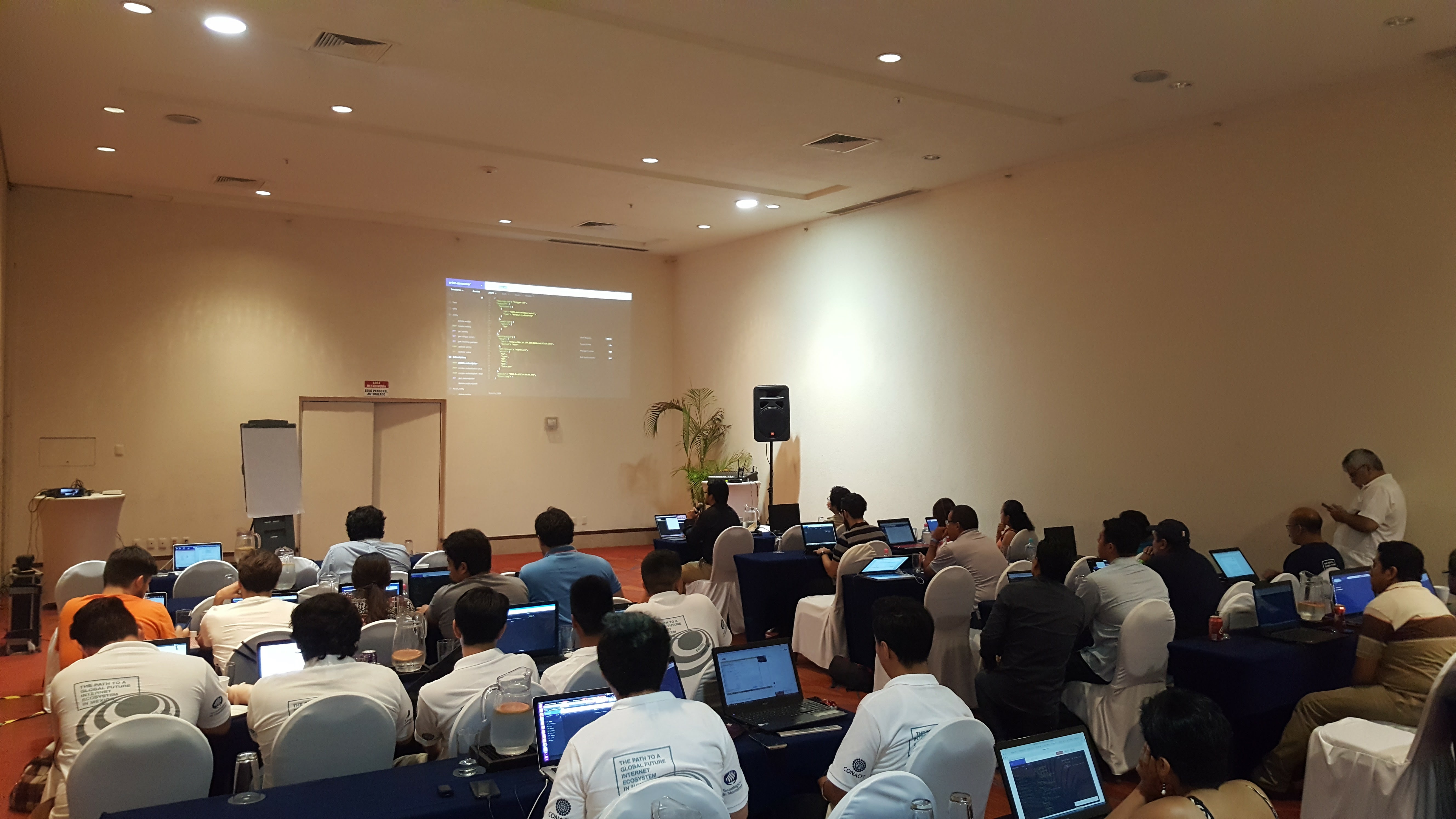 This presentation also included FIWARE’s history so far in Mexico with the development of the LaNIF (Laboratorio Nacional de Internet Del Futuro) National Laboratory of the Future Internet by INFOTEC. This lab is a common space based on FIWARE where universities, research centers, companies, entrepreneurs and other organizations may freely experiment with technology associated to the Internet of Things, Cloud Computing and Big Data domains.
Then we discussed about relevant standards in the FIWARE framework like Data Models and Generic Enablers: open source modules of software with a general purpose that can be reused in different domain applications that can be interconnected like building blocks to create new applications.
The practical part of the training c­­ontinued with a lecture about the use and importance of context information and how to manage it in FIWARE via its core generic enabler: The Orion Context Broker. The last part of the training was about how to create an instance of the Orion Context Broker and use its Rest API. 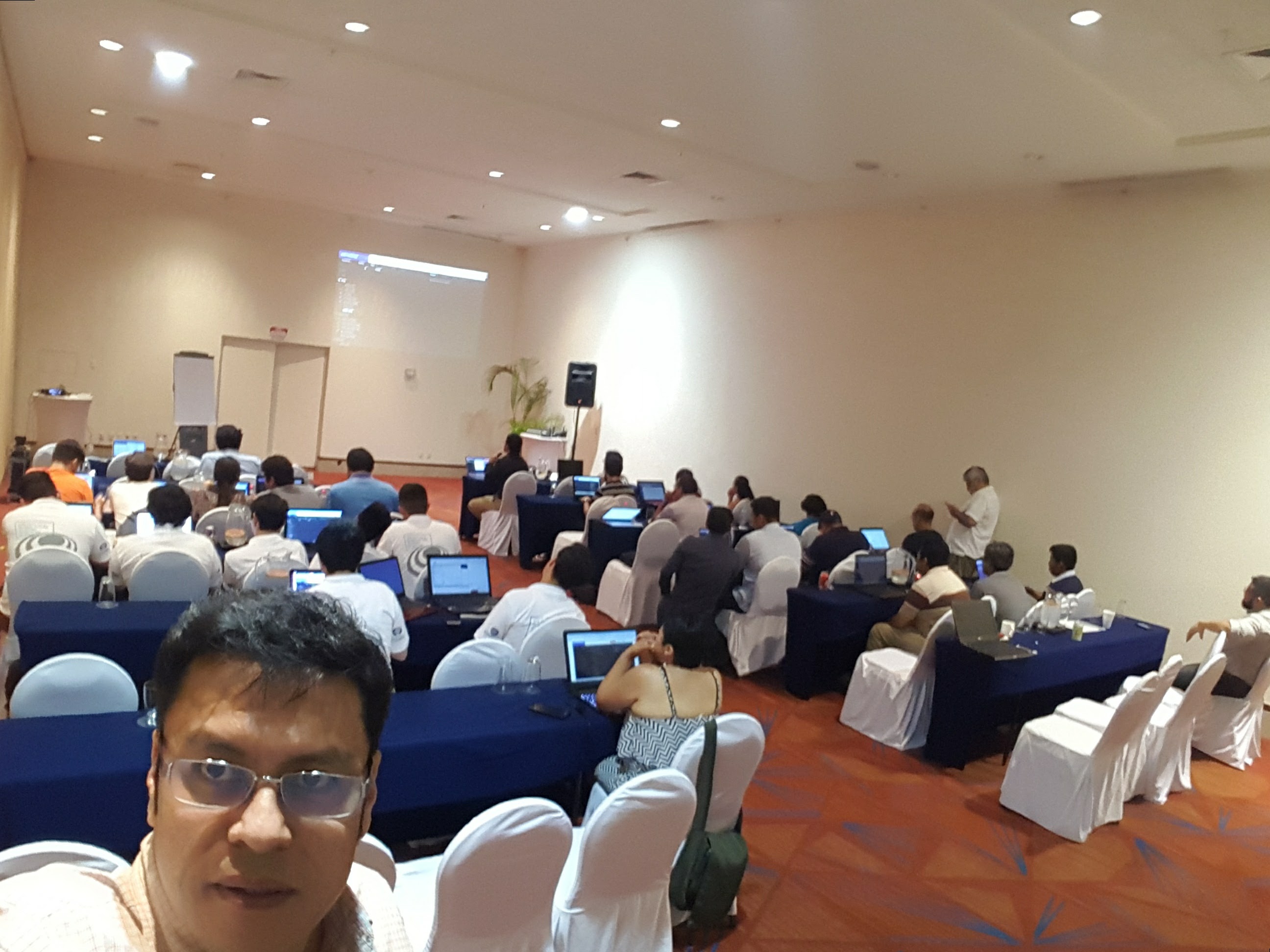 For the hackathon, we asked the participants to work in groups to build an application using the Orion Context Broker and FIWARE Data Models. There were four projects: FiHome, SmartFridge, LocalizaMED, and Smart Parking.

FiHome was developed by IPN students and its goal is to monitor power outlets to detect electric leakage. Sensors were simulated and displayed on a freeboard dashboard.
SmartFridge was developed by IPN students and its goal was to monitor a refrigerator and to suggest to the owner recipes that could be cooked with the available food inside. They proposed a barcode system to add recipes and watch the diet and also a manual mode to add ingredients in case they don’t have a barcode. They also displayed simulated sensors using a freeboard dashboard and proposed a social network for communicating with the fridge called GAIA.
LocalizaMED was developed by ITAM students and its goal is to locate the optimum hospital for a patient with a critical condition taking into account traffic, average waiting time and hospital occupancy. They used OpenData from Mexico City to get the hospital’s data and also built a platform for the hospitals to feed their data. The client mobile web application will send their localization to run the search algorithm and then reply with the best hospital for the patient.
Smart Parking was developed by UAEM students and its goal was to monitor a parking’s occupancy in real time via online (simulated) presence sensors. It consisted of a client-server web application implemented in Ruby on rails, html and javascript, where the server would monitor the sensors, process them, and make information on occupancy available for a client to consult in real time. They used html5 json to communicate to the context broker, websockets and the FIWARE data model for ParkingSpot.

After long deliberation the judges decided to give LocalizaMED 1st place and FiHome, SmartFridge and Smart Parking 2nd Place since all the projects reflected a great effort from the participants and, most important, that they’ve learned how to use the Orion Context Broker.